2019 was quite drastic year, but in order to keep the tradition going, let's start with git contributions:

Gitlab graph shows quite nice the timeframe when I switched to working part-time at eyeo, more about it below.

First big release for the 2019 was release of the headless CMS and Static Site Generator called CMintS. It took 1.5year of the development time, as a result of working late after my regular job hours and weekends, finally on March 9, 2019 CMintS has been released .

By today 25 people has starred the project, hopefully the number will grow in future and I eventually manage to add more features into it.

During CMintS development I have collected quite a lot of materials about Localization and Internationalization, which made sense to record somewhere and share with the world. 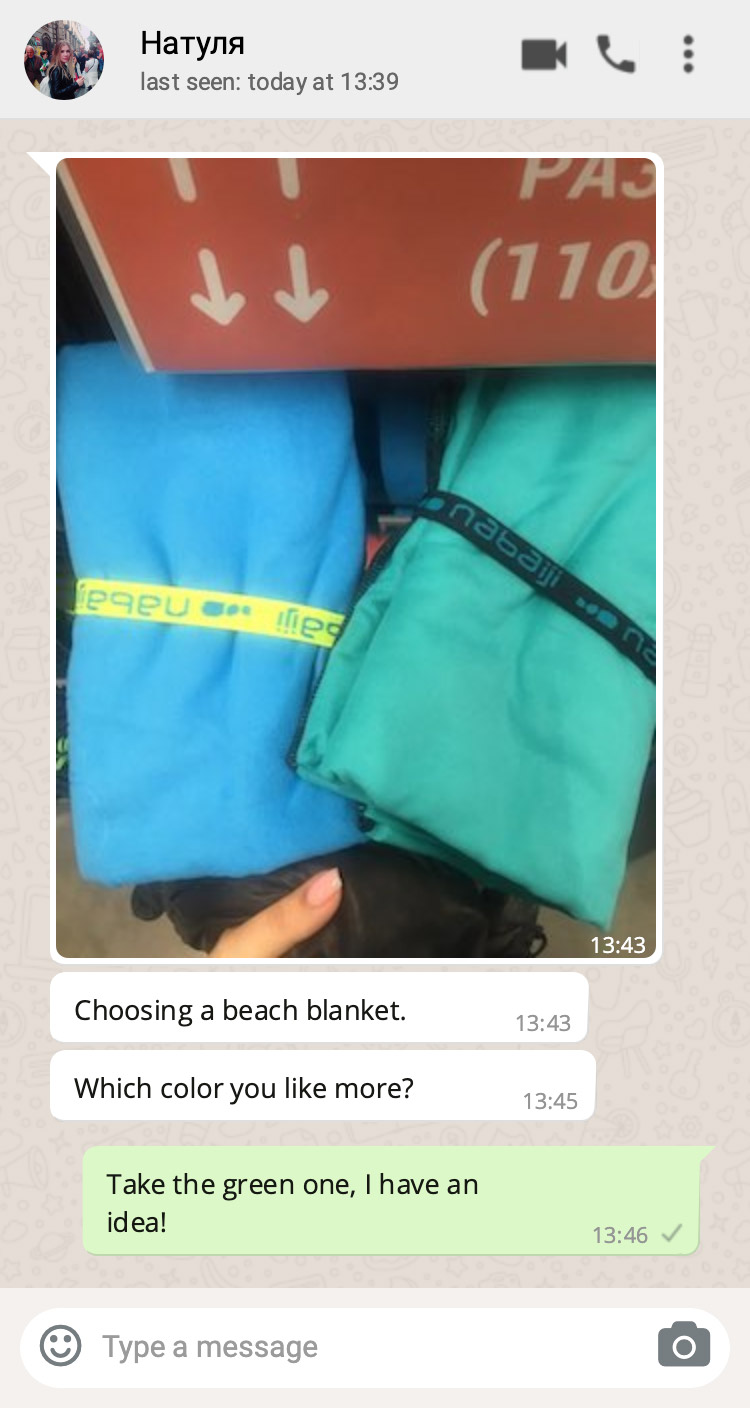 Around 7 years ago when I was doing screen recording for presentations, I always hated that I couldn't find an easy solution for removing the background from the camera recording.

Nowadays, apparently it's quite easy to achieve a good enough result with a green beach blanket, a bright room and a software like OBS.

Right before our 2 months long south european trip my girlfriend asked me to choose a beach blanket. First thought when I saw the photo of the blanket was that I can find a better use case for the green one during our trip.

As I'm traveling a lot, having a proper green screen installation is a luxury, but we were lucky enough that the studio apartment where we were staying in the Sitges(a city close to Barcelona) was bright enough to make the experiment with green beach blanket. 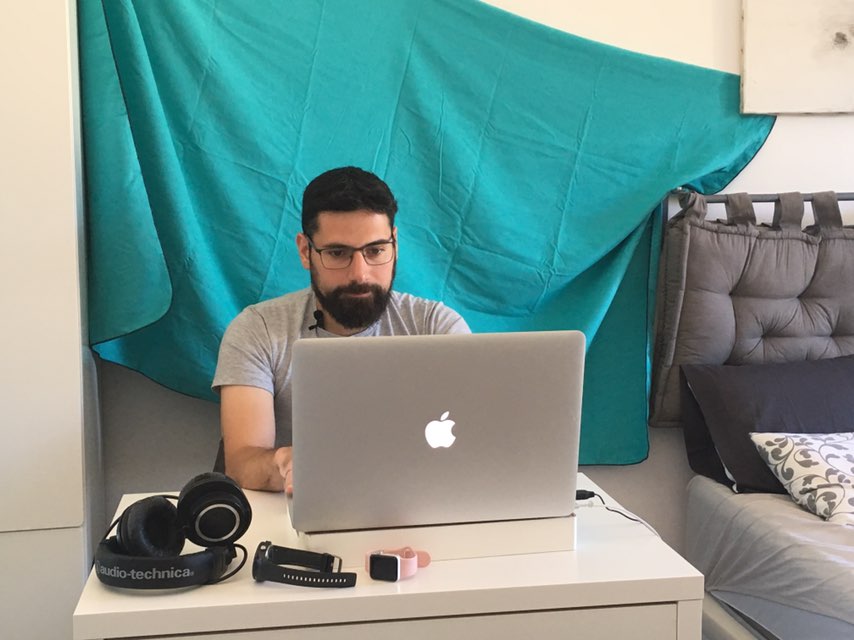 The result of the recording was a talk about Internationalization and Localization, which I have already given at a couple of conferences, but didn't have an accessible enough recording until now. You can watch the result of recorded video using green blanket below or you can also find more information about the topic and actual slides in another blog post about Internationalization which was published May 2, 2019.

There are several podcasts I listen to when I do sports, JAMstack radio hosted by Brian Douglas(Developer Advocate at Github) is one of them. I've started to listen to the show when development of CMintS has started. After launching CMintS and creating the videos about Internationalization I felt very honored to be one of the episode guest, but I was actually quite nervous as it was my first podcast show and quite annoyed by the neighbours of the booked Airbnb apartment making too much noise the day the show recording should have started, that made me already feel quite unconcentrated and anxious, but anyway the episod was aired and seems like all went fine.

You can find the intro below or listen to whole episode Ep. #40, Multi-Language Support here.

In episode 40 of @JAMstackRadio, @bdougieYO speaks with @saroyanm, a developer at @eyeo, working on @AdblockPlus. They discuss the difficulties of integrating multi-language support into dev projects as well as Manvel’s lifestyle as a digital nomad. https://t.co/SMkLrkGbdp pic.twitter.com/twPVzbjtp0

Privacy Manager back in the time was the project that helped me to realize my dream of visiting Google office, as I was lucky enough because Privacy Manager has been selected as one of the winners of the Google's organized hackathon at Campus Party in Berlin. Back in the time I didn't know that much about privacy and security as now I do, but success of the browser extension actually increased my interest in the topics. I think Back in the time I just have figured for what might jury be interested in when selecting works, so I have developed the project accordingly, which apparently worked.

After that small success, winners of the hackathon has been invited to Google's Munich office to develop the projects further and present it to the Googlers. The week after the Google's office visit, we(Hackathon winners) had flown to Berlin in order to present the projects during the Google Big Tent event.

After the success there were multiple attempts to buy Privacy Manager, but seems like I made the correct decision of not selling it, even after an amount equal to my year income (back in the time) was proposed. The reason why I think it was right decision, is that eventually the extension helped me with finding my future job where I'm currently still working already for almost 5-6 years.

Privacy Manager is a special project for me, to which I never managed to provide continuous support, because of being busy with other projects. Finally after 7-8 years I have managed to rewrite the project, you can read the blog post about rewriting Privacy Manager here.

Adblock Plus and working part-time

In the beginning of 2019 was my 5 years anniversary of working at eyeo and being highly involved in the development of Adblock Plus. 5 years sounds like a lot of time and spending so much time developing a project that is used on more than 100 million devices, probably requires a separate blog post, which I'll hopefully publish one day, but here I would like to write about the decision of moving to work part-time with eyeo.

In 2016-2017 I have started actively saving money, because I had two dreams - spend more time developing my own projects and travel the world. Development of my personal projects is the activity where I keep feeling complete freedom and it's an activity where I can use whole potential of my brain, by involving myself in the whole lifecycle of the project, that includes design, project management, support, QA, SEO, SMM, PR and development. The only reason I went so far working in Germany for a company which develops world's most popular browser extension, is that I kept developing my side projects through my whole career and probably luck, even though I used to work for other cool companies and projects before eyeo, the main reason I have ever granted a job offer for that companies/projects again was my personal side projects, with initial boost provided by my elder brother Alex(Entrepreneur and CEO of XCloud Networks). That experience made me realize that if one day I lose my job(well everything can happen), I should stand strong on the ground(find alternative easily and be able to sustain myself meanwhile), but I felt that it will not be possible without leaving the comfort zone, working only on one project all the time and keep relying only to the one source of income.

Now I'm in the best position possible towards my goals, I do currently work part-time as a freelancer for eyeo(2 days per week), which seems like works out quite good, have time developing my personal projects further, keep learning new things and simply because I'm writing this post while sitting in a cozy coffee shop located in the middle of Phuket island next to the person I love. Seems like a lot of drastic changes have happened in my life since I've made the decision to leave Germany in order to start living digital-nomad lifestyle until we find a place where we would love to stay permanently, but for now I finally feel what people may call happiness :) 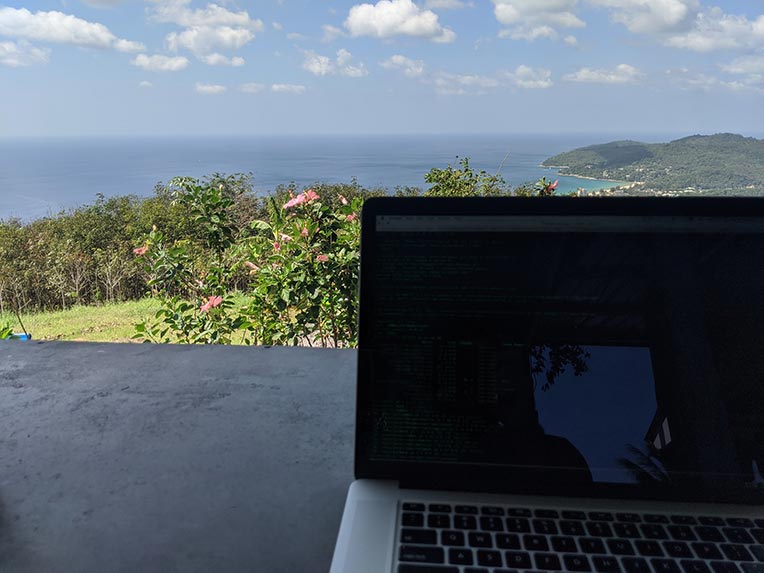