This happens to be the most silly project I have ever worked on and it wouldn't have happened if not this guy: 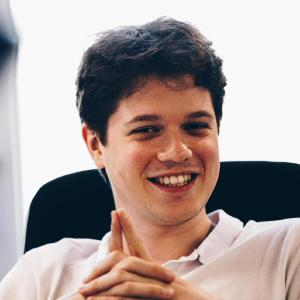 Everyone loves Diego. The atmosphere can get quite frustrating even in the most awesome offices, people like Diego will bring back the joy and happiness, independent of the weather or people condition around. People like this guy keeps the desire of going to the office, even though I for example don't have to.

Besides of just being an awesome guy he is always up for something, but he is not the "Yes" guy, he is the "Fuck Yeah" guy! Word "Fuck Yeah" has become a synonym to the word "Yes" in our office and almost every third person is using it now. It doesn't mean anything, it just emphasises "Yes!".

One day we were having a discussion in the office during the lunch and we came up with the idea of the Fuck Yeah button, it has escalated quite quickly, "Let's put a big 'Fuck Yeah' button and make it shout 'Fuck Yeah' as user hits it.", we actually came up with a lot of ridiculous ideas, at that time, but it felt like a regular discussion until I have created the first version and apparently people liked it! 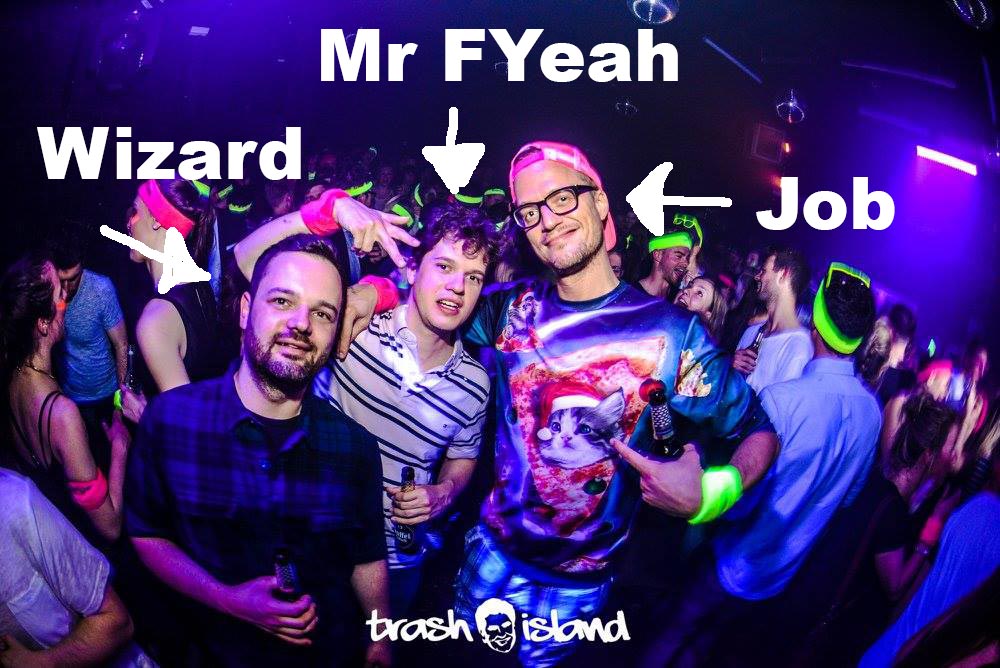 In the first version it was mostly Diego's voice and some auto-generated sounds, so we needed to involve more people. Arthur(Wizard) and Job was the missing piece in making the project complete, those guys got so excited by the project and motivated me to put all the ridiculous ideas together, so beside of having more voices, we also end up adding GIFs and counter to the project.

Navigate to the Fuck Yeah button: or hit it below.